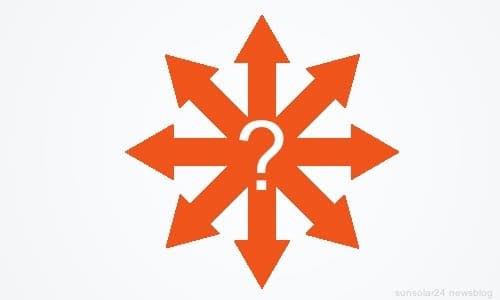 Dark Mode
In case someone has still not noticed: our societies are currently in the midst of major uproars, and in some places almost already in turmoil.

Corruption scandals are shaking up Western societies, human and child trafficking rings are exposed and punished, business leaders are pressured and charged, the film and art scene is viewed with new eyes and above all with a new moral demarcation line, and also with those responsible in religion and politics there seems to be less tolerance to turn a blind eye on conflicts and problems.

How could it happen that suddenly everything seems to go beyond limits ? How was it possible that massive corruption and the so-called 'deep state' shadow governments could establish themselves over years, if not decades, and even in countries like the US and Germany and not just in a far away banana republic ?

For the bigger part, our current leaders have let things come to as they are and hence have contributed a great portion to the developments as they are today.

How can one help to straighten things out without being pushed into the one or other political extremist corner ? How can one direct today's leadership to face reality again - in other words, TO FACE THAT WHAT IS ?

Perhaps considerations from the business world are helpful. More precisely, from the area of ​​strategic management, a field of business administration that deals with the long-term orientation of companies. Because just like in the current political landscape, two broad and competing views on how one is able to position companies exist here as well.

The one approach of strategic management is represented by the rather famous Dr. H. Igor Ansoff. Ansoff, born in Vladivostok, Russia, went to Moscow with his parents after his birth, and where the family was suspected of supporting the Tsar after the communist-socialist revolution. So they moved on to the US, where young Ansoff finished college, then became mechanical engineer, and later made his doctorate in mathematics.

But a typical research career was not what his studies resulted in. Ansoff went into the management of Lockheed, brought a troubled division there back on track and later founded Vanderbilt University where he introduced despite strong opposition an international orientation.


"This behavior expressed itself through my inability to join other 'systems' in which I lived, studied and worked. It reinforced my drive to excel in order to force the systems to recognize and reward me. And, perversely, it also drove me to excel through making innovative contributions which challenged the systems' cultures." (H.I. Ansoff, 'A Profile of Intellectual Growth', in: Management Laureats, Volume 1, Arthur Bedeian, 1992, page 5)

His approach includes both a comprehensive analysis of the company, as well as of the environment it operates in. Ansoff found out that many companies ran into problems because they neglected their business environments. Through his research he was able to identify five broad categories of environments in which companies could operate. These were classified according to how turbulent the business environment is - from absolutely stable to completely unpredictable.

The speciality of Ansoff's approach - especially interesting for today's decision-makers - is that both the environment as well as the company are not only analyzed from a present, but especially also from a future point of view. Making predictions for the future requires not only extremely sensitive antennas and a great deal of knowledge, but also a sense of what the company is likely to face in the months or years to come.

Only after an analysis of the environment as well as of the company itself have been made for both the present and the future, a so-called "gap" is calculated. This gap between the present state of the company on the one hand, and its preparedness to tackle the future challenges on the other hand provides the strategic manager with comprehensive decision powers.

An analysis of the future expected environment of the company is of crucial importance and which must be regularly renewed and adjusted - and along with it the calculations of the gaps towards the present entrepreneurial realities.

An opponent of Igor Ansoff - who passed away in 2002 - exists as well. His name is Henry Minzberg and who broadly assumes that the day-by-day realities of managers make a systematic approach towards strategic management more or less obsolete. One should not carry out much strategic analysis, planning, and positioning at all, but rather and only adapt the company continuously to its ever changing environment. Almost like a flag in the wind.

Ansoff and Minzberg had engaged in almost legendary verbal duels and highly stimulating discussions many years ago, and both would be able to recognize their positions in the consideration of the left-liberal and right-wing conservative political attitudes of today.

It remains to be seen whether these two political views - as was the case with Ansoff and Minzberg - will be limited to verbal fights only.

We only have to be wanting

About the limits of human will

Many, many small slaughterbots

About a dangerously real scenario

About a Munich justice scandal and corrupt advocates for children