Dark Mode
Listen to this article
Back To The Wirecard

#Wirecard   #Munich   #Canada
Traveling back in time is probably one of the most common scenarios in science fiction novels. The first mentioning of a supernatural trip back in time happened most likely in Charles Dickens novel "A Christmas Carol", published in 1849. The first actual mention of a real time machine was in H. G. Wells' 1895 book "The Time Machine".

Around 130 years later, one would be tempted to possess such a time machine to return to the early days of German insolvent DAX company Wirecard, set the switch to the year 1998 and press the button.

At that time, the company 'ebs Electronic Billing Systems AG' was founded in Munich, a provider of solutions and services for the newly emerging area of e-commerce. Since many new business areas were evolving at that time, umbrella company ebs Holding AG was founded only one year later under which 'ebs Electronic Billing Systems AG' would operate with other companies. 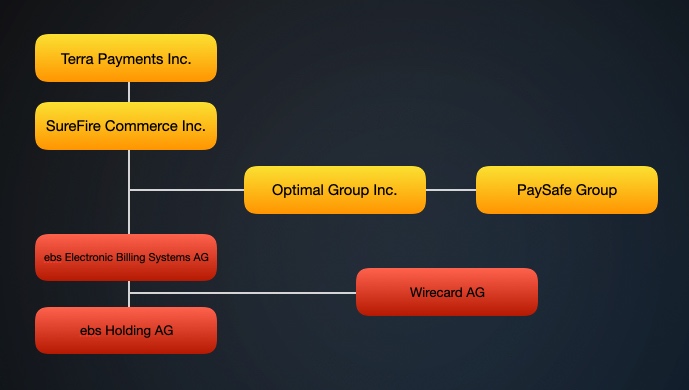 Effective January 21, 2002, the original 'ebs Electronic Billing Systems AG' and then young Wire Card AG merged under Markus Braun and Jan Marsalek, and for some time were managed as the two most important divisions of ebs Holding AG. There seems to have been quite a bit of back-and-forth back then, which was certainly due to the uncertainties of the market, and probably also because of the impacts of the World Trade Center attacks in New York from September 11, 2001.

Apparently, it was either necessary or intended to confuse matters, because only a few months after that announcement, SureFire Commerce Inc. states that effective September 29, 2003 the company would not only become a registered customer of VISA and Mastercard, but rename itself to Terra Payments Inc. now; a company that has existed in Canada since the year 1982, and which most likely can be regarded as the elementary origin of the entire Wirecard saga.

Terra Payments states only five months after the April announcement that they would now be holding only 10.5% in ebs Holding AG, to which Klaus Rehnig, member of the supervisory board at SureFire Commerce/Terra Payments (!), apparently agreed to without much hesitation. At the same time, it is explained that "Markus Braun, a former director [of SureFire Commerce / Terra Payments] appointed by ebs Holding AG" (!) would be replaced by Michelle Cormier, a former CFO of the Canadian investment firm TNG Capital Inc. Financial details indicate that 'ebs Electronic Billing Systems AG' previously supported SureFire Commerce Inc. with cash grants, e.g. short-term loans and "transaction costs" amounting to several million US dollars.

Ebs Holding AG would reduce its shares into SureFire Commerce Inc. to 21% effective August 7, 2003. Another few months later, voting rights with respect to ebs Holding AG and Terra Payments Inc. would be changed again on December 5, 2003, stating among other close to Christmas that "EBS Holding will pay to Terra[Payments] the sum of $500,000.00, payable in six installments."


Michelle Cormier has re-joined the Board of Directors, replacing Markus Braun, a former director appointed by ebs Holding AG. Ms. Cormier was a director of the Corporation from April 2002 until March 2003. Ms. Cormier is currently Executive Vice-President and Chief Financial Officer of TNG Capital Inc., a privately held investment company and prior to January 2001, was Vice-President and Chief Financial Officer of Repap Enterprises Inc., an integrated forest products company. Ms. Cormier has also become a member of the Corporation’s audit committee. Messrs Tommy Boman, Mitchell Garber, Brahm Gelfand, Joel Leonoff, Klaus Rehnig and Steve Shaper were also re-appointed to the board.

After remaining more or less in that state, ebs Holding AG in Germany would soak up TecDax-listed InfoGenie AG in 2005, from then on presenting itself as the well-known Wirecard AG.

Involved persons from Vienna, Munich and Germany came under close scrutiny in the many Wirecard examinations, including investigations at the German Bundestag in Berlin. However, details about a few personalities from Canada are not much less interesting.

For example, there would be Mitch Garber, a Canadian lawyer who left his job at well-known Montreal-based law firm 'Lazarus Charbonneau' in 1999 to found SureFire Commerce Inc. 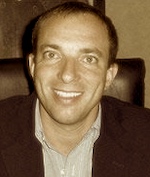 Mitch Garber
with the two Montrealers Joel Leonoff and Rory Olson. As mentioned above, SureFire Commerce Inc. not only became Terra Payments Inc. in 2003 with great entanglement of ebs Holding AG, but merged with Optimal Group Inc. by 2014.
He is a board member of a well-known NHL professional ice hockey team, a board member of Austrian fashion company Wolford, he has ties to Israeli AI high tech companies and is chairman of 'Invest in Canada'.
Optimal Group was later renamed into Wirecard's successful American counterpart PaySafe Group, following the acquisition of some US companies around 2015. Finally, PaySafe was sold by SureFire Commerce founder Joel Leonoff in 2017 for 3.9 billion US Dollars to CVC Capital Partners and Blackstone, and was successfully taken public shortly after.

Mitch Garber ranked 7th on the list of America's highest paid CEOs in 2017. He has ties to many areas of Canadian financial policy, he is a board member of a well-known NHL professional ice hockey team, a board member of Austrian fashion company Wolford, he has ties to Israeli AI high tech companies and is chairman of 'Invest in Canada', the fund for foreign investments in Canada. In April 2013, Garber became CEO of Caesars Acquisition Company which controls Caesars Interactive, Planet Hollywood, and other brands. He is responsible for the WSOP World Poker Series and made London-based PartyGaming PLC grow before leaving in May 2008, around the time when Wirecard was in their first reported trouble regarding the dubious TrustPay AG takeover.

Not much less interesting is Mitch Garber's former law firm 'Lazarus Charbonneau' in Montreal, which claims to be a specialist for legal representations of casinos and companies explicitly in the gaming sector. Lazarus Charbonneau's top management hosts a person named Morden "Cookie" Lazarus, a lawyer in senior position. Cookie is chairman of many casino gaming committees and is virtually famous among lawyers, this in Canada as well as in the United Kingdom (UK).

Would he also have become acquainted with some people at the 2009 dissolved scandalous enterprise Magna Entertainment Corp., a company which not only had owned several online horserace betting platforms in Austria, England and Germany, but even a couple of horse racing tracks in Austria and North America ? And had he engaged in the one or other bet with the two Austrian citizens Dr. Markus Braun and Jan Marsalek there ?

To answer these questions, one would probably have to press the time machine's button to go even further back in time.