Dark Mode
Listen to this article
BaFin The Thirteenth

#Wirecard   #BaFin   #Bundestag
It was a spring-like April 13th in Berlin, sunny but still a bit frosty, when two managers of Germany's banking supervisory authority plus the former BaFin Director himself were invited to testify once again in front of the Wirecard investigational committee of the German Bundestag. In the follow up weeks of Raimund Roeseler, Elisabeth Roegele and Felix Hufeld's last appearance a few months ago, a couple of issues had to be clearified, since a number of emails and written documents were received meanwhile.

The interrogation of the BaFin trio was opened with a questionnaire of Raimund Roeseler, who was responsible for the Wirecard Bank at BaFin. Roeseler looked tired, visibly absorbed by a burden that has surely begun to also lie on his shoulders - or was it just the freezing temperatures ? His lawyer on his left side remained mostly reserved, the advocate's periodic smirking seemed more artificial than revealing knowledge.

“When did things turn to be bit scary at Wirecard to you ?”, a member of the investigative committee asked, to which Roeseler replied in early 2019, when the Financial Times reports were published, revealing they were not just glanced over but taken seriously quite early at BaFin. “If Wirecard's financial aspects appeared suspicious at an early stage, why weren't they responded to accordingly ?”, was the follow-up question to which Roeseler replied to that BaFin did react, although they made mistakes, both in the way they responded as well as in terms of time. He stated they relied heavily on the auditors' balance sheets,
During her appearance, Bafin's Chief Director Elisabeth Roegele tried all she could to destroy any doubt about an infallibility and accuracy of Bafin, as well as those of her own actions, like a raindrop on a freshly impregnated all-weather jacket.
which were taken as valid and correctly prepared. Sometimes he just wished for more courage from his BaFin colleagues, which raises the question of who or what was actually responsible for an official German fear culture at BaFin. All in all, Roeseler seemed rather reflective and tried to engage in damage control. He admitted he “was not always informed about the entire truth” at BaFin and “things just got mixed up at times” there.

The second BaFin witness did not come in any way close to that much self-reflection. During her appearance, BaFin's Chief Director Elisabeth Roegele tried all she could to destroy any doubt about an infallibility and accuracy of BaFin, as well as those of her own actions, like a raindrop on a freshly impregnated all-weather jacket. She was asked if she would know this or that email, in which for example at 6 o'clock in the morning on the day 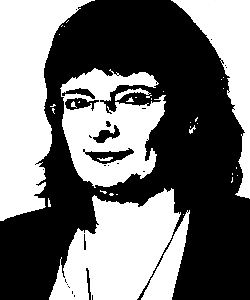 the short-selling ban was announced she informed an employee of Germany's Investor Protection Association (DSW) that something big was about to happen today. Completely normal, she replied, she usually enters the office very early, cool and normal for BaFin to inform others, and to exchange ideas with them. Had she been somehow euphoric and exuberantly joyful about the success of the short seller ban project she was promoting, had she completely overlooked the need to think the whole thing over again for a day or two ? Roegele replied with a long verbal talk, neither yes or no.

When a member of the investigative committee began drawing a number of logical conclusions from Roegele's own statements, her lawyer, who was seated next to her, jumped in. He has had enough that his client is "confronted here solely with personal views and subjective opinions". In response, he received another logical conclusion from Roegele's statements by one of the committee members, whereupon the lawyer then shouted out loudly in the hall to trumpet his very own legal opinion, quote: “logic is opinion !” until Munich, it seemed.

The dubious statements of a formerly convicted drug offender to Munich's public prosecutors were announced to her "by one of Germany's most respected public prosecutor's offices". She could not ignore that, and, in her opinion, the robber pistol would have been much more conspiratorial at the time if one doubted that Dan McCrum's Financial Times reports were published because of "advanced (!) insider knowledge". Ms. Roegele's all-weather jacket looks as if it had just been dematerialized after a hiking trip in the Sahara to directly re-emerge here in the German Bundestag hall. 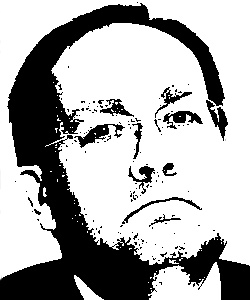 That's just how things went, Hufeld said, but he was sufficiently distanced from Eichelmann.

Hufeld then gave some interesting hints about what job prospects he might have in the near future, as long as his former employer European Central Bank would allow him to pursue his goals. Only to say goodbye in an overall painting that made him look like one of the cigar-smoking winners of the entire Wirecard scandal, quickly reserving a seat in the Aschheim AG's last lifeboat so that Olaf Scholz at Germany's Finance Ministry can secretly down haven the BaFin boss on starboard side. Maybe heading for America for a while like Karl-Theodor zu Guttenberg ?

The BaFin trio demonstrated this on April 13, 2021 in a dramatic and almost theatrical way in the Bundestag Europe-Hall. Here the worried and stressed department head, who nobody really wanted to listen to. There the unreflective manager, who seemed more interested in BaFin's outer environment than in real financial supervision. Over all the captain, who does things but does not necessarily have to do them. "In between political mandate and legal requirements, there are a million of possibilities” according to Hufeld.

The questions regarding further criminal prosecutions seem to be emerging, now that the Wirecard investigation is slowly coming to an end. One would almost be tempted to be grateful to Marsalek, for what has been uncovered through his behavior in Germany, and also around the world. Berlin on April 13th demonstrated once again that the organizational whole of institutions and enterprises had almost entirely been replaced by unintelligent software, email inboxes and quick meetings, in which the employees individual peculiarities increasingly dominate the entire work environment. The result is what psychologists call cognitive dissonance: a self-contained reality of the individual that is amplified like in an echo chamber, and which is in stark contradiction to the true and unescapeable external reality; against which the unconscious tries to protect itself from:


i read in the FT [Financial Times] that you are a really bad guy 🙂 ... by the way, i bought 3x wirecard shares last week, finish this newspaper!! 🙂

Ironically, fines or even court sentences would bypass the core of the cause. One should seriously consider instead to oblige former BaFin boss Felix Hufeld to only fly 2nd class and to only take the train for a while, and Mr. Eichelmann maybe to teach a group of long-term German unemployed people the basics of stock trading, personally and on site for at least two consecutive years. A Karl-Theodor zu Guttenberg should perhaps be forbidden from getting his groceries for himself and the entire family other than personally at Aldi for a minimum of six months.

Perhaps that would be much more beneficial to Germany, and to the entire world.

About Wirecard's financial auditors and the chess game