For little knows my royal dame, that Rumpelstiltskin is my name
About Germany's secret, that ended being one
1629051887
Copied

Dark Mode
Listen to this article
For little knows my royal dame, that Rumpelstiltskin is my name

#Germany   #AI
Who does not know the fairy tale ´Rumpelstiltskin´ by the Grimm Brothers, a story in which a small dwarf apears a beautiful queen to assist her in the transformation of straw into gold. He demands the first born child of the queen, is softened by her tears after the child is born and tells her that only if she is able to guess his name she would be able to keep her child.

Just like the mysterious dwarf in the fairy tale, the German government in Berlin is equally willing to help increase its revenues all over the world. Especially in Greece, where the German Rumpelstrilskin is well known for claiming the appropriate return for such help.

The Federal German Government repeatedly provides the European Cnetral Bank with plenty of cheap money so that it can pass the tremendous funds to other Eurpean countries at low interest rates and who in return shall then stimulate an economic impulse in their regions - building roads, houses, airports, railway lines, electrical and mobile networks. Renewing their infrastructures.

Because if money is cheap and interest rates are low, everyone immediately runs to the bank, borrows money and starts with the many plannings, screwings and building, so the theory of the many miracle-projection economists from anno domino.

One could almost believe that this strategy of the Federal German Government and the EU Central Bank is a noble and genuinely humanistic all-embracing help for the entire world and in particular for countries like Spain, Italy, and of course Greece. But in reality, there is something very different behind this plan about which one hardly hears or reads anything in most of the mainstream media these days.

Governments provide services to their inhabitants and receive the corresponding income via taxes. In some countries more, in others less. In Germany, these governmental revenues are some of the highest in the entire world. A large chunk of this governmental income is related to corporate taxes, which are attributed to the tax payments of the numerous private enterprises plus the many state owned organizations. These entities are a main focus of Germany's government since these organizations pay their many employees, who then of course produce another big chunk of income for federal and state governments through the many personal income taxes.

Generally speaking, in order to keep the revenue of Berlin's government streaming in, the many German companies' tax payments must be kept high at all costs. This can only happen if companies are able to achieve high sales revenues and profits in their bookkeeping, since this will not only maintain a steady flow of corporate tax income to Berlin, but also keeps employment numbers up and hence the tax income from the many personal taxes. As a consequence, any imaginable regulation had been initiated in Berlin and/or Bonn over the recent century in order to help propel Germany's many corporations to their current position in the global marektplace.

No wonder that since, with, and through the support of the two world wars, Germany became one of the undisputable champions of the industrialization that began around 150 years ago: the enormous machinery industry is still the overwhelmingly dominant factor in today's German economy.

With all its related and connected industries and service sectors, with all of its supplying companies, the many vehicles, machineries, construction cranes, trucks, military and health instruments 'Made in Germany' may account for around 80% of all Germanic economic output.

And the German machines do not only remain in Germany, of course. They are exported to anywhere in the world. In return, goods of relatively low value are imported back from other countries. That is why the Germans can call themselve the so-called 'Export World Champion' every other year or so. Not because of their soccer boots but because of the many high-quality machines without which the entire world seem to be unable to survive - at least that is how the German machine-marketing-experts suggest it their customers all over the planet.

This is basically how things have been for over one hundred years without anyone being able to see or hear Rumpelstiltskin dancing around the fire.

But since the late seventies of the past century, Rumpelstiltskin was slowly unmasked. An industry called Information Technology was born, manifesting itself with totally opposite values as the expensive, physically tangible machines. These non-tangible software instructions creating invisible electrical impulses in computers continued to astonish the world. Some areas previously reserved by the physically tangible machines were replaced by software entirely - such as nuclear tests which are done by computer simulations nowadays. The software programs became more and more powerful and comprehensive, making the software now more valuable than the machines themselves, which are oftentimes pushed into the second row, receiving only programmed instructions from the ever increasingly complex software.

The latest evidence for these developments became apparent in the auto industry, for a long time dominated by German engineers, with the emergence of self-driving cars. Powerful, intelligent software algorithms monitor a car's ride and control it - even without a human driver. Despite the fact that these autonomous driving cars and their artificially intelligent software algorithms exist only for a few years, their constant developments and improvements will probably be difficult to stop as long as electricity will not dry up. Even deadly accidents caused by self-driving vehicles won't change their constant development and improvements. The early stages of the aviation industry had to face similar challenges. It is expected that human-caused car accidents will by far outnumber accidents caused by self-driving cars in the years to come.

What is to be expected over the next years can be heard and seen in the video below. It includes partially already realized concepts such as self-driving autopilots, electronically-engined self-driving trucks (!), or the part-time car: a shared automobile automatically managed by software, autonomously driving to the doormat of one of its many owners on demand.

In addition to this first exposure of Rumpelstiltskin in the beginning of the 1970's came that in recent decades other nations such as China were also able to figure out how to build machinery and instruments at large scale - and in equal high quality like the German Rumpelstiltskin.

Rumpelstiltskin got a few brothers and sisters besides him so to speak who also wanted to dance around the fire. It needed to make space for others and share parts of the Queen's treasure. The German Rumpelstiltskin did not like that at all.

Finally, since the election of the 45th US President, Rumpelstiltskin was completely exposed to the world. Donald Trump tweeted on May 30, 2017 to the invisible German Rumpelstiltskin:

The result is a Germany in a tight spot - especially regarding its almost catastrophic demographic developments expected in the near future. The country's answer is fatally destructive: Germany's Rumpelstilskin stubbornly continues to stomps with his foot on the ground and instructs the European Central Bank to send even more cheap money to the banks of Greece and who-knows-where-to, hoping that others continue building up their infrastructures - economic impulses that no longer require massive hirings of human workers like 100 years ago, but instead large scale investments into expensive machinery made in Germany to realise the gigantic construction projects nowadays.

Rumpelstilskin's high-quality engines, cars, trucks, cranes, construction site instruments, medical equipment, military parts and other machines 'Made in Germany' and its machinery producing corporations are the true beneficiaries of Berlin and EU ignited push-button boosting attempts of foreign economies - sometimes after an economic collapse, at least after a cultural revolution in other nations.

In Spain, this monetary fascism from Germany and also from France led to a real estate bubble in 2007, meaning an excessive construction of houses and apartments on the Spanish peninsula that 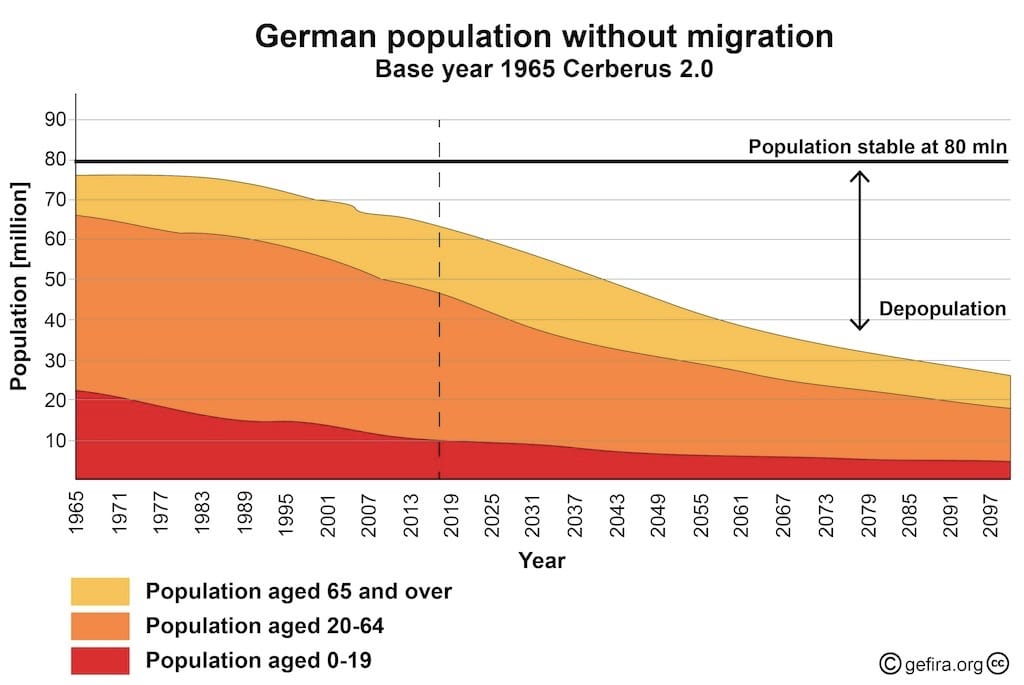 nobody really needed but which were built because of the easily available money at the Spanish banks. The many Spanish constructions were done in the hope of profitable returns in the near future, high-flying projections which collapsed in 2007 in Spain when hardly anyone wanted and/or needed the many news real estates a few years later.

And just recently, another dark secret of Rumpelstiltskin was exposed: it had purposely manipulated the exhaust software in many of its German vehicles so that his automobiles could continue to be considered the very best in the world.

Almost like in the fairy tale Rumpelstiltskin. There, the Queen's messenger finds out that a small dwarf dances in the forest around a fire at night, again and again singing the following:

Today I bake, tomorrow brew,
The next I’ll have the young Queen’s child.
Ha! Glad am I that no one knew
That Rumpelstiltskin I am styled !

Thanks to her messenger the queen could keep her child. And Rumpelstiltskin tears himself up in rage with the words:

The devil has told you that !