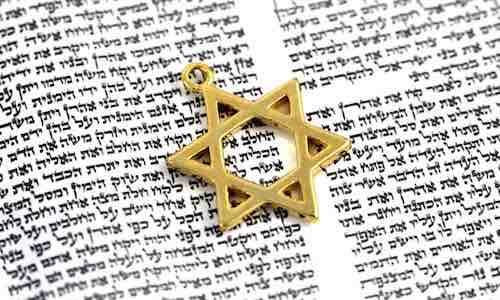 Dark Mode
#Culture   #Bible
This text was taken with the friendly approval from the Ancient Hebrew Research Center.


In the world, past and present, there are two major types of cultures: the Hebrew (or eastern) culture and the Greek (or western) culture. Both of these cultures view their surroundings, lives, and purpose in ways which seem foreign to the other. With the exception of a few Bedouin nomadic tribes living in the Near East today, the ancient Hebrew culture has disappeared.

What happened to this ancient Hebrew thought and culture? Around 800 BCE, a new culture arose to the north. This new culture, that of the Greeks, viewed the world entirely different than the Hebrews did. Around 200 BCE, the Greeks began expanding also to the south, which marked the beginning of tumultuous times as the two very different cultures now collided. Over the following 400 years, a cultural war raged until finally the Greek culture won and eliminated literally all traces of the ancient Hebrew culture. The Greek culture would subsequently influence all future cultures, including the Roman and European cultures, the American culture, and even the modern Hebrew culture of today's Israel.

As 21st century Americans or Europeans with strong Greek thought influence, we read the Hebrew Bible as if a 21st century American or European had also written it. However, in order to understand the ancient Hebrew culture in which the Tenack (Old Testament) was written in, we must take a look at some of the differences between Hebrew and Greek thinking.

Concrete thought is the expression of concepts and ideas in ways that can be seen, touched, smelled, tasted and/or heard. All five senses are utilised when speaking, hearing, writing and reading the ancient Hebrew language. An example can be found in Psalm 1:3; "He is like a tree planted by streams of water, which yields its fruit in season, and whose leaf does not wither". In this passage we have concrete words expressing abstract thoughts, such as a tree (one who is upright, righteous), streams of water (grace), fruit (good character) and a unwithered leaf (prosperity).

Abstract thought is the expression of concepts and ideas in ways that can not be seen, touched, smelled, tasted or heard. Ancient Hebrew never uses abstract thought like the English language does for example. Examples of abstract thinking can be found in Psalm 103:8; "The LORD is compassionate and gracious, slow to anger, abounding in love". We mentioned that ancient Hebrew uses concrete and not abstract thoughts, but here we have abstract concepts like 'compassionate', 'gracious', 'anger', and 'love' in an originally Hebrew written passage. These are the abstract English translated words from the original Hebrew concrete ones. The translators often translate them this way, because the original Hebrew words would not make any sense when literally translated into the English language.

Let us take one of the abstract words above to demonstrate how this works. Anger, an abstract word, is actually the Hebrew word

(awph), which literally means "nose", a concrete word. When one is very angry, a person begins to breathe heavily and his/her nostrils start to flare. A Hebrew literally 'sees' anger as a flaring of the nose and its nostrils. If a translator would translate the above passage into "slow to nose", it would of course make no sense to an English reader, so

, nose, is translated into "anger" in this passage.

A deer and an oak are two very different objects, and we would never describe them in the same way with our Greek way of thinking. The Hebrew word for both of these objects however is

(ayil). Because the functional description of these two objects deer and oak are identical in ancient Hebrew, the same Hebrew word is used for both. The actual definition of the word ayil

is rather "a strong leader".

A deer stag is one of the most powerful animals of the forest, and is seen as "a strong leader" among the other animals. Also, the oak tree's wood is very strong compared to other trees such as the pine, which is soft. Therefore, the oak is considered to be a "strong leader" among all the trees of a forest.

Notice the two distinct translations of the one Hebrew word

When translating the Hebrew into English, the translator must give a Greek description to a Hebrew word, which is why we have two different ways of translating one verse. This same word ayil is also translated as "ruler" in 2 Kings 24.15, who is a man who is a strong leader.

The Hebrews are active people and their vocabulary reflects this lifestyle. The Greek culture recognizes the words such as 'knee' and 'gift' as nouns, which by themselves impart no action. But in the Hebrew vocabulary the nouns come from the same root word because they are related; not in appearance, but in action. The Hebrew word for knee is

(berak) and literally means "the part of the body that bends". The Hebrew word for a gift is

(berakah), meaning "what is brought with a bent knee". The verb from the root word is

(barak), meaning "to bend the knee". As you can see, both Hebrew verbs and nouns have actions associated with them, whereas the Greek nouns do not.

Even the Hebrew nouns for father and mother are descriptive actions. The Hebrew word for father is

(av) and literally means "the one who gives strength to the family", and mother

(em) means "the one that binds the family together".

This text was taken with the friendly approval from a great explanatory website of the Ancient Hebrew Research Center at the following link: