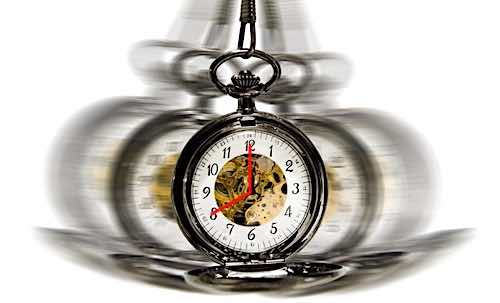 Dark Mode
#Germany   #FakeNews
Thomas Mann, famous German author who emigrated to America during the Nazi dictatorship, published in 1930 a remarkable work titled Mario and the Magician. In his 80-page book, Thomas Mann describes his fictionary experiences during a family Italy vacation in 1928 and illustrates the upcoming fascist zeitgeist in Europe. In the story, a magician arrives at a vacation town and manipulates the entire population during his hypnotic performance - so much so that even a dramatic murder can take place.

Nearly a century after Thomas Mann's book, such a magician today no longer seems to be restricted to small vacation towns, but instead is able to hypnotise the populations of entire countries. A completely twisted book has become the tool of such a dangerous magician in 2017: Michael Wolff's infamous book "Fire and Fury" with so called revelations about the US President has reached not only the left-wing mainstream media in North America, but almost any corner of the world.

Even major German TV news show 'Tagesschau' on state television channel ARD decided to broadcast a report. On January 5, 2018 at 8pm this story about Wolff's fake book 'Fire and Fury' was shown to around 8 million viewers in Europe:


“They described him [Trump] as a person without any interests, irascible and narcistic, his whole (!) team finds him to be totally (!) incapable. This man [Trump] does not read and does not listen ... what they all say, Trump is like a little child ... it's all (!) about him.“


The Tagesschau report had ignored of course any revelation about the author and book prior to it's publication and as can be viewed here, or read in the following lines:


“Bannon, who is quoted frequently in the [Fire and Fury] book, has been called by Trump as out of his mind ... why is it that the President is not talking to Bannon any longer ? Well, maybe it's because of some of the things he apparently had said in the book, like calling the President's daughter Ivanka quote: 'Dumb as a brick'. He also apparently said that the President 'eats McDonalds food because he fears being poisoned'. He also mentioned that there 'is a 33% chance that the president could resign'.“

The Germans seem further unwilling to learn from the Wolff desaster. Only a few days later, on Januar 9, 2018, tagesschau.de issues another story related to the fBook (not eBook), this time about a paperback with the title 'Fire and Fury - The allied bombing of Germany' and which had - according to the website's article not mentioned author - reached increased book sales on Amazon. The tagesschau.de report quotes the other 'Fire and Fury' book author Randall Hansen with:


“And it would be a great satisfaction to me to someday be able to tell Mr. Trump and Mr. Bannon right into their faces that they can go to hell.“

And on it goes with German distortions about the US President and the 'Fire and Fury' issue on January 10, 2018. This time, the 'Tagesschau' with it's 8 to 10 million viewers each night at 8pm is celebrating Steve Bannon (starting at minute 9:38), who is reported to be “the most shimmering figure of the Right in the US“ and who has parted with the “right-populist online news platform Breitbart News“ after “he came under pressure last week (!) because of his criticism of the President's family (!!)“. Viewers were further invited to read more about Bannon in the Tagesschau-App.

Not a word about the fact that Steve Bannon had been fired many months ago from the White House, and hence unable to be a so-called 'shimmering political figure' since then already. No word about a parting contract signed by Bannon and the White House and violations of it. And no word about the lawsuites against media outlets and Fusion GPS filed by the US-President's lawyers on January 9, 2018.

Maybe also one against German Tagesschau and it's 8 million viewers each night coming up ?

Quite possible, considering another biased and absurd report during January 16th Tagesschau (starting minute 13:08). The synonym of the year 2017 'Alternative Facts' had been presented to the million viewership, and which was explained as having been (mis)used by the US Press Secretary when justifying the low attendance at Trump's inauguration last year.

Other media outlets in Germany, and which in previously years had been a more or less reliable source of information to the public do not hesitate to tune into the propaganda machine. Germany's "Der Spiegel", the equivalent of the Time Magazine in the US, prints this cover photo on their January 13, 2018 issue. And a major German newspaper named Sueddeutsche Zeitung from Munich prints at the end of January 2018 an equally distorted article about Congressman Devin Nunes and the coming release of the FISA abuse memo.

On and on it goes with German anti-Trump distortions à la Tagesschau after the US-President's visit in Davos, Switzerland. ARD reporters are engaging in a brutal relativism of any truth related to Trump and other happenings in the US, such as the scandalous - and of course ignored by the Tagesschau reporters - fact of millions of US dollars that German government organisations had donated to the Clinton Foundation during 2016's peak election period.


“Putin did not like Hillary Clinton. He was very upset that she was critical about human rights and free speech in Russia. I think that is the same with Merkel.“

Shortly before the so-called 'mid-term' elections in the US in November of 2018, the German media landscape decides to shoot wildly against the US President and the United States in general again. German weekly magazine 'Stern' shows this cover page on its issue 45/2018. Once again, the Germans refuse to get informed about the investigations of real journalists about these 'bombs' and the alleged 'assassination attempts', suspiciously only on US-Democratic politicians. First it was declared that these 'bombs' were allegedly sent by mail. Only after finding out that some packages lacked a postmark and that the content of the entire mailings had no explosion mechanisms at all it was suddenly declared that they were personally delivered.

A summary of the many anti-Trump cover pages of the Germany's Spiegel magazine can be seen here, another irrational and slanderous propaganda article from Germany's major newspaper "Die Zeit" here.

Another hypnotising German media report about Trump's social media summit at the White House from July 2019 can be read here.

The Mario-and-the-Magician influence of local media representatives even on Germany's chancellor Merkel can be seen in the following video from July 2019:

Just like with the many year-long fake and debunked news about the US president regarding his alleged ties with Russia and which were - according to many terrorizing US-Democrats - the sole reason for Trump's 2016 election win, the German press does also not hesitate to issue additional demagogic news regarding Joe Biden and son Hunter's corruption with the Ukraine and so-called 'impeachment proceedings' against the US president.

To summarize, individuals like Michael Wolff, some ARD reporters, parts of the Tagesschau, and the global anti-Trump propaganda media machine are on collision course with values such as rationality, law, democracy, social responsibility, and the painful search for truth - abnormal behaviors which remind to times of the national-socialists.

The world - and especially Germans - should finally realize this as an inherent and real danger to their societies, and should act against it. In order to do so, one does not necessarily need to be a supporter of Donald Trump and his political views. But eventually, one could become such. Or, in Thomas Mann's words:


Thank God they did not understand where the spectacle ended and the catastrophe began, and they were left behind in that joyful delusion, telling them that everything was just theatre. (Thomas Mann, 'Mario and the Magician', page 5)