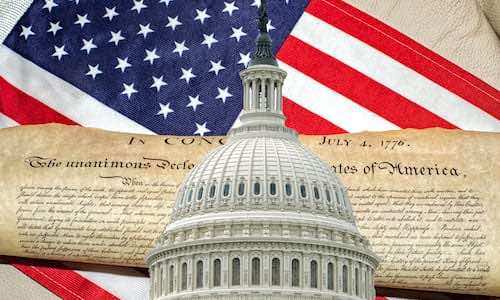 Dark Mode
#Corruption
An interesting scenario of what could potentially happen if demands from the US Congress are repeatedly being ignored has been put on display by Ron DeSantis, Congressman from Florida, in the first days of January 2018.

Since US Congress' last year's demands to hand over documents related to selected DOJ and FBI personnel returned more or less blank by the Justice Department, another Congressman with the name Devin Nunes had to send a request to Deputy Attorney General Rod Rosenstein on December 28, 2017.

In this late 2017 letter, Nunes complains that the Department of Justice informed the Congress Committee earlier that year that requested documents would apparently not exist. Shortly before the Committee's meeting with Rosenstein in December 2017 however, some of these documents were not only magically found, but personally handed over by the Deputy Attorney General to the Committee:


"Several weeks ago, DOJ informed the Committee that the basic investigatory documents demanded by the subpoenas, FBI Form FD-302 interview summaries, did not exist. However, shortly before my meeting with you in early December, DOJ subsequently located and produced numerous FD-302s pertaining to the Steele dossier, thereby rendering the initial response disingenuous at best. As it turns out, not only did documents exist that were directly responsive to the Committee's subpoenas, but they involved senior DOJ and FBI officials who were swiftly reassigned when their roles in matters under the Committee's investigation were brought to light."

Nunes provided for a new deadline January 3, 2018 to the Deputy Attorney General in order to submit all related FBI documents.

Apparently, Rosenstein remained silent ever since his last appearance in Congress because Rep. Ron DeSantis gave quite an interesting interview with Lou Dobbs an January 4, 2018 and in which he unveiled that Congress might be interested in contempting DOJ and FBI for not producing the documents: 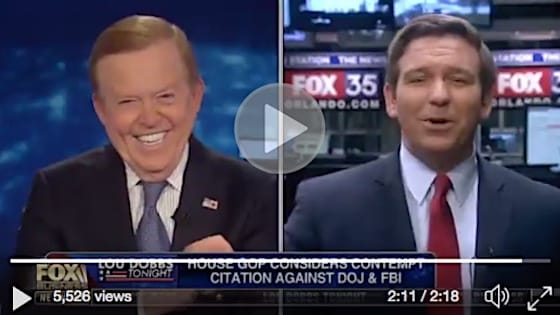 I think we will go towards a contempt, but I think it's important the type of contempt that we pursue. Remember when we had that corrupt IRS official, we send a referral to the Justice Department and said please prosecute her. Well, guess what, Eric Holder wasn't going to prosecute that. So if we do the same thing here and send a referral to Justice [Department], guess what, they're not going to pursue that against the Deputy AG and the FBI Director. So I think what we have to do is use Congresses inherent contempt authority which was done for 175 years. You have to bring them into the Congress, you have a vote on the contempt, and then you detain them, just like if you were in contempt of court. The court, the judge would detain you, and they're detained until they comply.
And here is what I predict: if they [Deputy AG, FBI Director] would be put into the house jail for contempt of Congress, we would have the documents within 24 hours."


Rep. DeSantis unveiled another letter to the Speaker of the House Paul Ryan on January 9, 2018 and in which he requests to make the FBI documents regarding Peter Strzok and others - finally arranged to the Congress Committee it seems - available to the public.

A few weeks later - around April 11, 2018 - a similar incident happens again with Rod Rosenstein. This time, the issues are related to a two page document allegedly containing details about the nomination of Robert Mueller's Special Counsel. Nunes told the press on April 10, 2018:

And on it goes with further DOJ delays and blockades. Another April 30, 2018 subpoena is being ignored altogether. The Department of Justice issues a letter dated May 3, 2018 to Congress and in which the Assistant Attorney General explains that the requested documents cannot be produced because of sensitive information these would contain. Meanwhile, some of these requested documents magically appear in the press. Consequently, members of Congress prepare for an impeachment of the Attorney General because of contempt of Congress. And shortly after, members of Congress announce that they refuse to continue meeting with DOJ personnel as long as subpoenas will not be served appropriately.

Even the US-President is forced to intervene and orders on May 21, 2018 the head of the FBI and DOJ to a meeting at the White House. On June 17, 2018 Devin Nunes explains an internal meeting with FBI Director Wray and DOJ Deputy Attorney General Rod Rosenstein a few days earlier. Quote:


„Now, think about that. All of those contacts. You have the FBI, the world's premier law enforcement agency, leaking to the press about ongoing investigations, while at the same time they're not giving information to Congress ... Now, that is a major leak of a classified meeting that also happens to be false, because they knew that we ran out of time and didn't have time to actually read these documents. But they did that to embarrass the speaker of the House and myself and Chairman Gowdy, who were given access to those documents, but not given time to read those documents. That came from the top of the Department of Justice.
And, look, here's the bottom line. Mr. Rosenstein, the deputy attorney general, and Director Wray have to decide whether or not they want to be part of the cleanup crew or they want to be part of the cover-up crew.“