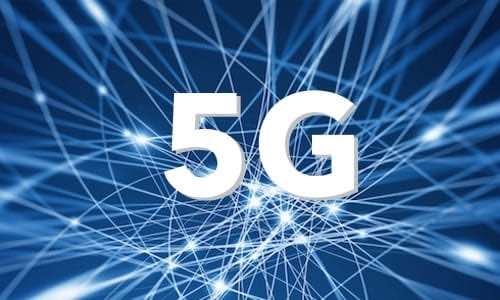 Dark Mode
#5G
Last year and unnoticed for many the basis for the fifth generation of mobile telephony (5G) was laid. While the previous standard 3G (UMTS) could provide for data transfer rates of only a few Mbit/s, and 4G (called LTE, from Norway and Sweden) had a rate of 100 Mbit/s, the new 5G standard comes with a stunning maximum data speed of up to 20 Gbit/s.

About four times as fast as our current mobile networks, 5G will become a true alternative to the current underground cable Internet connection for businesses and homes. All mobile operators are currently preparing for the change of technology and governments around the world are paving the way for the new network.

The differences with previous mobile network standards are extensive. The new 5G standard achieves its high data transfer rates by transmitting high frequency waves in the millimeter range, mostly between 28 and 40 GHz. A range from 64 to 71 GHz has also been reserved for telecommunications providers in the US. While traditional Wi-Fi routers utilize either the 2.4 GHz (same as microwave ovens) or the 5 GHz spectrum, the new 5G standard uses a super high frequency spectrum not far from that used by heat ray weapons.

So-called Active Denial System (ADS) energy weapons are not the fantasy of conspiracy theorists, but brutal reality. These weapons operate at wave frequencies of 95 GHz and hence quite near those reserved for 5G wavelengths. Powered at 100 kilowatts, these ADS weapons will, when invisibly directed towards large crowds for example, cause the human skin to burn - the rays would penetrate the skin layers about half a millimeter. Various high energy weapons were tested years ago in different countries and are ready to be utilized, even if real-world obstacles (clear sight necessary, little effect with rain or fog) prevented their application until now.

The new 5G mobile standard has additional problems aside from operating not too far from wave spectra of military ray weapons while of course not coming even close to being somewhere near their power level. One problem is that at a frequency of exactly 60 GHz the surrounding oxygen molecules - which the 5G waves need to pass as long as a sending antenna resides on Earth - would absorb the 5G data signals and its energy entirely. Any living being would inhale the 5G signal waves and breathe them into his or her body. Probably because of this reason, the US government has blocked a wave spectrum in the 60 GHz range for mobile network use - at least until now.

Because of its extremely high frequencies, the coverage range for 5G sending antennas are much shorter than with previous mobile technologies. While a 3G or 4G sending antenna can transmit data signals up to a few hundred of meters, 5G antennas are limited to ranges of only one or two housing blocks.

However, the short ranges of network coverages are compensated with much smaller antenna sizes for 5G. In extreme cases, a 5G antenna would have the size of a few millimeters, making 5G perfectly suitable for the Internet-of-Things, and of course also for automobiles and their data-intensive self driving software algorithms (A.I.).

Elon Musk is reportedly planning on sending up to 12,000 satellites into space over the next few years as orbital providers of the new 5G technology. How exactly these many satellites would transport the 5G wave signals down to Earth, however, remains a mystery given the very short ranges of 5G sending antennas. The 5G signals would probably have to be transported through the use of rather traditional technologies from a satellite to a distant 5G antenna station on Earth. Why accomplishing this would take another 12,000 new satellites remains an even bigger mystery.

It is expected that our mobile devices (iPhone, Android) will be equipped with 5G sending antennas soon, eventually making every mobile phone user not only a recipient of data but also - and that would be new - automatically a walking and transmitting sending antenna for 5G participants in the closer range.

Not only the wavelength is important when identifying effects of 5G data signals on the human body, but especially the signal strength, measured in milliwatts. At what signal power negative health effects begin to occur is controversial.

In 1996, the US FCC authority issued a maximum radiation limit of 1 mW per cm2 skin area for radio signals in the range from 1.5 to 100 GHz - during a maximum timeframe of 30 minutes. At radiation levels of 5 - 10 mW/cm2, human skin begins to burn.

A number of studies were done in the past, exposing both animals and humans to signal waves of various frequencies. These studies provide for numerous indications that a human body is negatively impacted already at much lower signal strengths than officially proclaimed, however.

Since the 5G network will be used by a very large number of devices that will communicate invisibly and fully networked with each other into the even tiniest angles and machines, the 5G technical solutions are critical, especially in terms of national security. Since many 5G standards and solutions come from China, a hearing on 5G takes place in the US Congress on May 14, 2019:

In the meantime, researchers from Finland are working on building the mobile data network's 6th generation. Using an existing 5G network, 6G may reach data transfer rates of up to 1 Tbit/s and will operate at even higher frequencies than the 5G standard.