The Health Apostel
About Dr. Fauci and Jesuit formations
1643638958
Copied

Dark Mode
Listen to this article
The Health Apostel

#Fauci   #COVID   #Catholic
Catholic schools are usually formative for life. The Jesuit order in particular is known for its tireless and worldwide efforts in training young men and, more recently, women. For example in China, where the Italian Jesuit Matteo Ricci left his mark as a missionary from 1582 on. 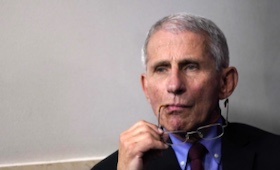 Dr. Anthony Fauci values his Jesuit upbringing at Regis High Schools and private Jesuit College at The Holy Cross. He heads the NIAID and is a high-ranking NIH employee. Fauci is currently the highest paid US government employee, his salary is around $40,000 USD higher than the US President's. 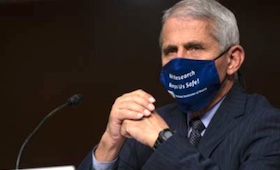 Dr. Fauci stated on March 8, 2020 that 'right now in the US, we should not be walking around wearing masks...they are not providing the protection' one thinks. On April 2, 2020 he mentioned: 'When we'll be getting into the situation where we will be having enough masks' available, wearing them should be considered. In May 2020, he stated 'some sort of face covering could prevent the spread of this infection'. 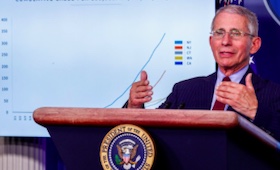 On July 28, 2020 Fauci stated that 'if you do those things: masks, no crowds, physical distance, personal hygiene, no doubt you're gonna be able to turn these [virus] things around', not mentioning vaccines at all. In February 2021 he proclaimed 'the FDA approval of the Johnson & Johnson vaccines are nothing but good news', in April 2021 he mentioned that 'we want to work out the issues with the J&J vaccines as soon as possible'. 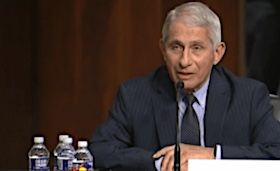 In May 2021, Dr. Fauci is called to testify in front of a US Senate committee about the NIAID's involvement in so-called 'gain-of-function' research at the Wuhan Institute of Virology, in which a bat virus was modified to cause harm to humans as well. Fauci stated that the NIH and also his NIAID had not funded such research. 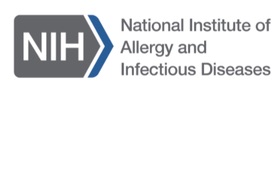 Email exchanges with the NIAID's Deputy Director show that Dr. Fauci knew very well of such 'gain-of-function' research at Wuhan. The NIAID had also provided funding to a health non-profit called EcoHealth Alliance, which in turn spend $3.75 million on 'Understanding the Risk of Bat Coronavirus' studies, some of which were cunducted at the Wuhan Institute of Virology. 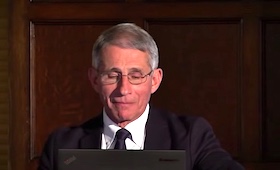 On January 11, 2017, nine days prior to newly elected US President Donald Trump's inauguration, Dr. Fauci stated during a speech at Georgetown University that 'there is no question that there will be a challenge for the coming [Trump] Administration in the arena of infectious diseases...also, there will be a surprise [virus] outbreak'.

A more modern Jesuit apostolic figure is Dr. Anthony Fauci, the well-known if not famous head of the US National Institute of Allergy and Infectious Diseases (NIAID). Fauci has directed and guided key health issues for the entire US nation since 1984 also at the National Institute of Health, the NIH. Although Fauci was offered several times to take over the position as Director there, he always stayed in the second row and focused his work as head of the NIAID. All of this does not prevent Dr. Fauci from being the highest paid US government official, his salary is currently around $440,000 USD, roughly $40,000 USD more than the US President's.

How much Dr. Fauci values his Catholic upbringing first at Jesuit Regis High School and then at the private Jesuit College of The Holy Cross in Worchester, Massachusetts, is something he repeatedly conveys to the world:


So the idea of service was something that was engrained in me. When I went to Regis High School, which was a spectacular experience for me, not only was it to cultivate that fundamental spirit of service for others, but it provided for me something that has been I think a major strength that I relied on in everything that I've done. That is the intellectual rigor, honesty, to be able, and I use this often when I talk to students, that I learned what I call precision of thought in economy of expression. In other words, know exactly what you are talking about, know what the question is when someone asks you, know your audience and give whatever it is you're gonna talk about in a way that's very economical in words. It's often said that the longer you take to explain something, the less you understand it.

Only one month after that honest statement, Dr. Fauci mentioned in a rather intellectual weak way on April 2, 2020 that "when we'll be getting into the situation where we will be having enough masks [available], I believe there will be some very serious consideration about broadening this recommendation of using masks. We're not there yet, but close to calling it into consideration". One day later, the Centers for Disease Control and Prevention (CDC) recommends US Americans to wear a cloth or fabric face covering, and in a precise thought-economy of expression, Dr. Fauci himself states on May 12, 2020 that "some sort of mask-like facial covering I think for the time being could be a very regular part of how we prevent this spread of infection...which gives me some sort of comfort that people are taking this very seriously".

From the outside and contrary to his Jesuit educational formation it seems as if Dr. Fauci wasn't really quite sure all the time about the face mask mandate.

On July 28, 2020, Dr. Fauci strongly suggests and is convinced about "some fundamental principles, I'm referring to them as the fundamentals, they are not rocket science. If you do those things: masks, no crowds, physical distance, personal hygiene, no doubt you're gonna be able to turn these [virus] things around, but some simple as that (!)", not even slighty mentioning vaccines as a necessity for seriously combating the Coronavirus.

On November 16, 2020, Dr. Fauci announces that "two vaccines are ready to be used and quite effective", on January 28, 2021, he stated that "getting vaccines doesn't mean that you have a free pass to travel". On February 25, 2021, the Health Apostel told the press that the FDA approval of the "Johnson & Johnson vaccine
$75 million US taxpayer dollars were spent between 2014 and 2019 by the NIH for "Understanding the Risk of Bat Coronavirus" studies, parts of which were conducted at the Wuhan Laboratory.
is nothing but good news", only to flip-flopping a few month later in April 2021 by stating "we want work out issues with the Johnson & Johnson vaccine as soon as possible", following the suspension of that vaccine in various countries around the world after causing serious health issues.

Seems like as if Dr. Fauci's intellectual rigor got some cracks in the mortar concerning the vaccine effectiveness as well.

In early 2021, a Freedom of Information Act (FOIA) request by a few major US news outlets bring Dr. Fauci's email exchanges from January to June 2020 into light. In May 2021, Dr. Fauci is called into the US Senate Health, Education, Labor and Pensions Committee to discuss with Senator Rand Paul the NIAID's involvement in so-called 'gain-of-function' research at the Wuhan Institute of Virology, where according to whistleblowers a bat virus was modified to gain functionality in order to cause harm not only to animals, but also to humans. Dr. Fauci stated multiple times during the heated conversation that neither NIAID nor the NIH would have funded any such work at Wuhan's Institute of Virology:

Additional email exchanges obtained by Judicial Watch between Dr. Fauci and his top deputy Hugh Auchincloss at NIAID from February 2020 however prove that he knew well of such 'gain-of-function' work at the Wuhan Institute of Virology. Even more so, emails show that Dr. Fauci's NIAID had directly funded New York City-based EcoHealth Alliance, a non-profit health organisation.

EcoHealth received a total of $3.75 million US taxpayer dollars between 2014 and 2019 for "Understanding the Risk of Bat Coronavirus" studies, parts of which were conducted at the Wuhan Laboratory. Around $750,000 USD of that $3.75 million came from Dr. Fauci's NIAID, another $750,000 were already allocated to be additionally granted from NIAID to EcoHealth.

Already in January 2018, Dr. Fauci stated himself at an NIAID Advisory Council meeting that a general ban on so-called 'Gain-of-Function' research had been lifted and that the NIH would participate in providing a framework for such work from now on:

Strange also that Dr. Fauci gave a speech at Georgetown University on January 11, 2017, exactly 9 days before the official inauguration of US president Donald Trump and only 5 days after the former intel chiefs Comey, Clapper, Brennan, Rogers met with the newly elected president at Trump Tower. Dr. Fauci stated the following at Georgetown University:


Seems as if Dr. Fauci also did not know too much about his audience listening. Quite confusing too, or, in Dr. Anthony Fauci's above mentioned own words regarding his Jesuit education:


It's often said that the longer you take to explain something, the less you understand it.

One Damn American Thing After Another

About William Barr and Dominion Energy