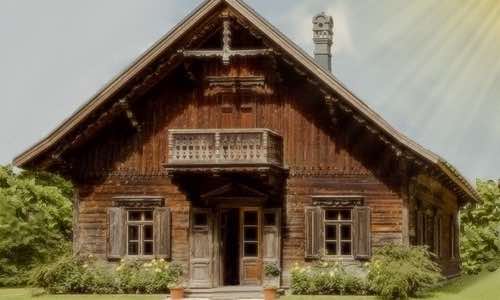 Dark Mode
Listen to this article
The Lodge

#Austria   #ChildProtection
Electricity is a phenomenon that is well known to everyone. Huge machines and vehicles are moved and accelerated by a completely invisible force - something that seemed impossible only a few hundred years ago. Few are aware however that the electrical force arises from a difference in potentials. Differently charged elementary forces with completely opposite potentials cause a voltage that ultimately lets a current flow through a electric cable which is able to move vehicles, and that makes light bulbs glow.

Similarly, most of the mainstream media is currently in a strong potential difference and thus extremely tense confrontations with what they consider to be so-called conspiracy theories. When observing the tension between mass media imposed reality deniers on the one hand, and wild conspiracy theorists on the other, it is essential to focus on undeniably verifiable reality with a laser-like focus. Only then can a current between the two opposite media potentials flow freely and strongly.

A matter that has been more or less entirely ignored by the mainstream media is surrounding a large property with a country lodge in Austria, owned and operated by Rothschild grandchild Nancy Hoguet and her husband Geoffrey until 2018. At the end of January that year, several real estate agents and news outlets undeniably reported that the 5,400-hectare property in Langau near Vienna was sold for a price of around $110 million USD.

The bidding for the property was a quite interesting process. Although a winter tourism provider by the name 'Schulz Group' had already almost secured the exclusive right to buy the Manhatten-sized property, a timber provider named 'Prinzhorn Group' was awarded with the contract literally at the last minute, with the owner of Prinzhorn having been part of the Austrian government. The property holds not only vast resources of wood and natural beauties, but also around 30 luxury properties with some prominent tenants, including famous bankers, and a former Austrian Minister of Social Affairs.

It is unknown exactly when the property was offered for sale, it was finally sold at the end of January 2018. At about the same time, then in his premier year elected U.S. President Donald Trump issued one of his first Executive Orders against human rights violations. On December 21, 2017, around a month before the final Prinzhorn-Rothschild deal of the Langau property, the U.S. Administration announced that any property of individuals who have committed serious human rights violations explicitly outside the U.S. may be confiscated by the United States government, and that related persons may be prohibited from entering the United States:


I, DONALD J. TRUMP, President of the United States of America, find that the prevalence and severity of human rights abuse and corruption that have their source, in whole or in substantial part, outside the United States, such as those committed or directed by persons listed in the Annex to this order, have reached such scope and gravity that they threaten the stability of international political and economic systems. Human rights abuse and corruption undermine the values that form an essential foundation of stable, secure, and functioning societies. (Executive Order against Human Rights Violations dated December 21, 2017)

Also interesting is the seller of the property, Nancy Hoguet. Nancy was raised in New York as a grandchild by Baroness Alfonse Rothschild of Vienna, and worked for a while for the CNN TV news channel, before she married in 1990.

More than half a year before the surprising sale of the Langau property and Donald Trump's Executive Order, an article personally written by Nancy Hoguet was published in June 2017 about exactly this Langau property on the 'Architectural Digest' (AD) website. In it, she describes in a pitoresque way how her childhood experiences of the large property and the lodges' many architectural peculiarities had remained in her memoires.

However, Ms. Hoguet's explanations in the last two paragraphs are somewhat irritating, and which make a closer inspection and analysis urgently neccessary:


Our kids’ dormitory is centered on the ping-pong table that my brother and I grew up with. Their bedrooms, each with slanting eaves and a single window, are tiny, so small they could be out of The Hobbit, a world many people imagine when they come to visit. As for my room, it is a jumble of old objects and pictures, heirlooms as well as more recent finds, such as an icon of Saint George. I designed the four-poster, working with local craftsmen, and draped it with a soft, sheer fabric speckled with wildflowers. Since there is only the occasional black y, the lodge’s windows have no screens, so I just pull the bed curtains closed and fall asleep to the sound of the waterfall — and, if the timing is right, all those stags roaring well into the night. (Nancy Hoguet in an article published on the Architectural Digest (AD) Website)

First of all, there is the strange mentioning of a ping-pong table that Nancy and her brother grew up with as children. Needless to say, it is very unusual to even mention that one grew up with a ping-pong table. Children surely like to play with and on it, at a certain age more, in other childhood phases other things surely become more important than a ping-pong table, especially for Rothschild grandchildren one can envision. Preserving such a ping-pong table not only for decades however, placing the ancient table not only folded and covered in one of the room edges, but daring to describe it as the central element in the dormitory of now Nancy and husband's kids is more than irritating, even for self-absorbed aristocrats.

The second thing to notice is the mentioning of an "occasional black y", leaving the reader further astounded and confused.

The issues may become clearer when looking at the many findings from the Epstein scandal. The billionaire Jeffrey Epstein had installed a number of cameras on his private Carribean island, with which he not only had his many elite visitors recorded at their supposedly pedophile-motivated parties and satanic rituals, but also the loads of underage children that were demonstrably flown in with a Boeing 727. One of these pictures from Epstein's legacy of recording shows a ping-pong table on which young people were laid after being drugged and halluzinated for further proceedings with their elite buyers. Ping-pong tables are also an ideal camouflage for ritual-free times, of course: 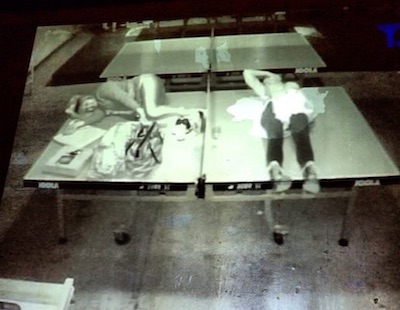 Also the mentioning of a "black y" becomes clearer when one considers that in satanic rituals such a black y is often utilized, manifesting itself there in many forms.

In addition, some claim to have witnessed so-called 'Human Hunting Parties' in recent decades, especially at aristocratic country estates.

The confusing sentences in Nancy Hoguet's article do not seem to be simple printing or spelling mistakes, an article that was published a few months before the above mentioned Executive Order of Trump's U.S. Administration against human rights violations, and which led to a simultaneous sale of the entire property in Langau - owned by the otherwise noble Rothschild family for over a century.

All this does not prove in any way that the lodge in Langau was eventually a hub for human hunting parties or satanic rituals involving brutal murders, of course. Only one thing is certain, however: in electrical networks, there must be a connected circuit of very different potentials, only then will a fruitful tension evolve with plentiful effects.

Teen Spirits
About Jeffrey Epstein and a book named Lolita