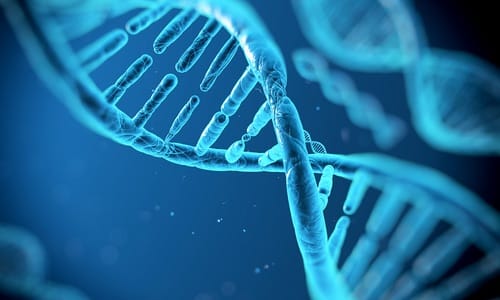 #Biotechnology
True love surely has a blinding effect. Apparently this is part of a real and intensive love affair, and an obviously inevitable side effect that no one can really protect oneself from, no matter how hard one tries.

It seems as if the majority of the leaders in our societies are currently dream-wandering and are blinded by their so beloved surroundings. For the vast majority, a scientific development with tremendous social impact has gone more or less unnoticed since its discovery in the summer of 2016 at the University of Berkeley, California.

A researcher named Dr. Jennifer Doudna has made a groundbreaking invention in genetics there. She found that viruses can naturally attach to the DNA structures of an inner cell structure, can break up the DNA and alter it according to the instructions of the virus. Dr. Doudna and the researchers working along with her took advantage of this knowledge and have now developed a method to manipulate any DNA of any living organism.

What at first sounds rather scientific and obscure, is actually the beginning of a revolution in the field of the so-called "life sciences". While we previously had to rely on highly educated biochemists and millions of dollars laboratory equipment and if at all had to wait quite a long time for a successful reproduction of a genetically modified species, this new method called 'CRISPR Cas9' is now available for a few hundred euros and can be carried out by virtually by anyone with simple laboratory tools in his or her garage.

Now even hobby researchers can alter the elementary underlying DNA code of any living being as they wish. What in the past may have happened only with much effort and - because of the intervening unpredictable coincidence - eventually through reproduction only in the next generation, can now be carried out with ultimate precision and immediately. Stem cell DNA structures can be manipulated without any restriction whatsoever, shaping the current and the subsequent generations as intended, without many restrictions and to more or less one hundred percent.

The first applications of this research are being realized already. Months ago, a company has bred genetically manipulated anti-mosquitoes that have eliminated millions of their malaria virus carrying counterparts in Brazil using this new technology. Genetically related human diseases could eventually become a thing of the past in the very near future. In agriculture, CRISPR Cas9 is currently utilized for genetic research of all sorts of applications for plants and foods, exceeding by far what were once only wild dreams. Chinese researchers claim at the end of 2018 to have successfully 'created' genetically modified babies immune to HIV.

One can only imagine what sort of evil research results this new method could create. The team of Dr. med. Goudna at UC Berkeley is therefore trying to define so-called 'ethical principles' for the application of this method in a well-intentioned, but probably hopeless way. Implementing these in practice will be hard to achieve, given the low cost of CRISPR Cas9 and which are, as mentioned, at a few hundred dollars.

Thus, this seemingly unsuspicious and novel method in the field of genetic research has suddenly opened doors to philosophical questions that one would have expected only in a few decades or centuries. Now that we have the tools that enable us to manipulate life forms as we wish, the question inevitably arises as to what it is that we actually want ?

In the not-so-distant future, a couple may want a CRISPR Cas9 manipulated child who is potentially highly intelligent. At the same time, the couple may have to face the fact that this child may be more likely to suffer from depression. Should elephants have small ears, or are the big ones better ? Should a tasty green kiwi fruit have the size of watermelons ? Should mosquitoes be abolished altogether, or does this have consequences for other creatures and if so, which ? And of course, CRISPR Cas9 does not stop in front the human genes.

In retrospect, human mankind has been more or less busy inventing and improving tools to the benefit of his very own life over thousands of years in ever-accelerating phases. Dr. Goudna's method is opening an entire new chapter in this techno-evolutionary process, since from now on it could no longer be the tools that man devotes himself to, but it may be the tools that sometime soon could reinvent and improve nature and eventually humans themselves. The student could become the master.

It will soon be about the sausage so to say, about what it means to be human. We may be forced to make an increasingly difficult and in the future only more headache-causing decision towards being truly human, or not, and to create strong measures to protect this thing called humanity - or not. We are most likely in need of focusing on the core of humanity and to preserve it with much greater strength, should the scientific over-feasibility be countered with an effective antidote.

It will become increasingly necessary to teach and to appeal to the moral conscience of each individual person, and not just to transfer moral-ethical questions to big organizations and institutions.

Only this way, we may be able to face the many challenges ahead of us. The time of large organizations and institutions will probably have to come to an end. Otherwise, a human catastrophy and tragedy will be very difficult to prevent.

Any new social development usually creates a counter movement. One could expect that somewhere on the horizon we may be able to see the emergence of an anti-pole in which humans intentionally stay away from their own will in the greatest possible way. We have many guides and guidelines on how to achieve this, and we probably have to dare more.

Would our blind elites be able to see again when following this path as well someday ?

Many, many small slaughterbots

About a dangerously real scenario