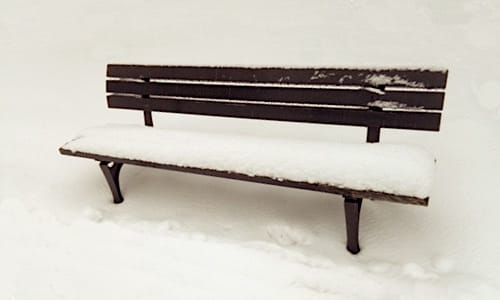 Dark Mode
#Catholic
Argentina is a beautiful country. Spacious. Vast. With beautiful nature, one can find almost any climate zones there. It's people live either in a gigantic city called Buenos Aires (translated: beautiful air), or in the widely scattered regional areas and out of which the so-called 'Pampa' with its infinitely wide and seemingly never-ending landscapes even made it into Central European language dictionaries.

People use the word pampa when trying to convey to someone that one does not really want to deal with a certain person anymore. 'Why don't you just go to the Pampa', one sometimes hears on the streets of Paris, Berlin, and Madrid and everyone knows what is meant by that.

The fact that this sentence is increasingly applied in relation to Pope Francis in Rome is still not really understood by many in the traditional media, and is often explained with the motives of a few alleged so-called 'right-wing conservative' circles within the church. Or are they perhaps right-wing radicals ? Or even former Nazis - who had liked to hide in Argentina in the past, by the way ?

How is it possible that Pope Francis is wished among some of his own people in Rome, and increasingly also among completely apolitical people that he should go to the Pampa, and who are these people really who dare to express something like this towards a Pope who seems so embraceful to many in the world ?

Let's give it a try to explain the matter, and let us begin in April 2016.

At the beginning of that month a vatican document named 'Amoris laetitia', created and undersigned by Pope Francis himself, is released to the public shortly after a family synod in Rome. In this document, the pope tries to draw the Catholics' attention more to the complex individual life situations and the many facets of inter-human relationships, than to rigid adherences to moral and ethical principles and to which - according to not few Catholic spiritual leaders - believers had to submit to with brute force no matter in what life circumstances they were.

The letter was initially received quite positively within the Catholic world. But soon the first Cardinals begin to express their doubts about the Pope's document, mostly because of the interplay between some text passages and it's many footnotes. Especially a text with footnote number 351 on page 237 (Topic 305) has it in itself, and which claims:


"..it is possible that in an objective situation of sin – which may not be subjectively culpable, or fully such – a person can be living in God’s grace, can love and can also grow in the life of grace and charity, while receiving the Church’s help to this end."

According to the Pope, the Eucharist and confession could be of 'help' in this regard.

In September 2016, four high-ranking Cardinals sent a friendly letter to the Pope expressing their doubts - a so-called dubia - about the correctness of some of the passages and footnotes in light of the Catholic Doctrine of Faith. A few months later, 45 intellectuals join the Cardinals in a public letter.

Interestingly, Pope Francis remained stubborn in paying attention to these requests ever since. In view of his outwardly so world-embracing and very liberal attitude one could have assumed that he would sit down with the four Dubia Cardinals at an Argentine barbecue (called Asado) in the gardens of the Vatican, perhaps drinking his Mate tea, and in a calm and charmingly Argentinean way bowing his ear to the four Cardinals and their not completely unjustified doubts.

But nothing happens. On the contrary. Pope Francis reacts irritated and nervous if he is even asked about the Cardinal's dubia.

Former Pope Benedict had at least a few months after his election in 2005 invited his lifelong Swiss opponent Hans Küng to the Vatican to exchange thoughts.

Pope Francis, however, prefers to talk to George Soros in the meantime instead of paying any attention to the Cardinal's inquiry. That the Dubia Cardinal's letter soon ends up in the press is understandable in view of this weak leadership response from the Pope, and who had deliberately put the four Cardinals on about the same level as the air's oxygen.

After a year passes by without any recognizable action from the Pope regarding the dubia letter, three of the originally four Cardinals sent another letter to Pope Francis at the end of April 2017, this time describing in detail that nothing has happened for over a year, and friendly invitating the Pope for a conversation with the Cardinals once again.

The fact that this second letter also appeared on some web news platforms around mid-June 2017, and thus a few weeks after its creation, may have two reasons:

a) it was Pope Francis who was so much annoyed by the letter that he passed it on to the press or, more likely

b) the Cardinals, in their hopelessness about the Pope's further ignoring even this second letter, had to go so far as to leak their document to the press.

Another quietness of Pope Francis is uncovered from around mid 2018 on, by the way. The media reports that during Bergoglio's time as bishop of Buenos Aires, Argentina, the Pope had supported official Catholic reports about sex abuse scandals that portrayed the victims of these abuses by catholics priests as perpetrators. Confronted with such findings, the Pope responds and states that these allegations would equal the 'false accusers' in the Gospels. When even more world-wide outrage and media reporting follow, the Pope's answer is a deafening silence that in this case even stinks to high heaven.

Perhaps the Cardinals should have written in their second letter to Pope Francis already back then that an Argentine Asado barbecue in the Vatican garden is prepared, that a lamb had already been slaughtered for it, that the best Mate tea had been flown in for a meeting with him, and that a music group had been hired to sing the following song from John Denver after the talk on fire with Pope Francis (and with greetings from the East Coast of the USA, by the way), before his return flight to Argentina - a country that in the past had always been quite willing to shelter the one or other National-Socialist minded ex-leader - is scheduled:


By the way, the US President was introduced with this song on August 21, 2018 when visiting West Virginia for a political rally. The President's first words when addressing the crowd were:


"Thank you very much, wow, wow, that is so beautiful, thank you, what a great song, too, by the way. Do we like that song ? I think so. I think so. I'd like to use it all the time, but it only seems to work well in West Virginia, right ?"