A part of that power which eternally wills evil and eternally works good
About Barcelona, Charlottesville, Media-Mephistos and Chelsea Clinton
1635752580
Copied 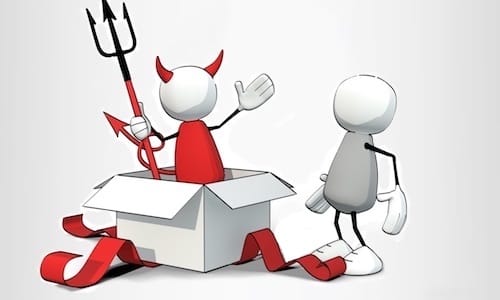 Dark Mode
#Media   #Clinton   #Trump
Who does not know the figure of Mephisto in Goethe's Faust, who wants to divert the protagonist from the right path, who reveals himself as the one who denies the entire creation and presents himself as the destructive element of humanity and God's plans.

Evidently, this same Mephisto is increasingly visible in the mostly traditional media and embraced by these joyfully.

For example, during the live coverage of the Barcelona terror attacks from mid 2017 there were very disturbing comments from left-liberal media representatives who tried to politically connect the attacks of Islamist extremists on the famous 'Las Ramblas' in Barcelona without any hesitation to the events in Charlottesville in the United States a few weeks before.

CNN celebrity Wolf Blitzer said the following during the live images from Barcelona:

A reporter from MSNBC mentioned this:


With the intensity of information that we had related to the Charlottesville incident over the last five days, it's quite possible that may have precipitated this terrorist groups desire to gain the limelight and carry out a similar attack.

That there had been similar attacks to those in Barcelona, for example at Berlin's Christmas market or also in Nice, France, long before Charlottesville is being ignored of course and in full alignment with Mephisto's agenda.

Chelsea Clinton, daughter of Bill and Hillary Clinton, soon after became an explicit admirer of Mephisto as well and who seemed to have whispered into Mephisto's ear that the churches should finally start to worship him and also his older brother Lucifer. She tweeted the following on August 17, 2017:


The story of Lucifer - who rebelled against God - is part of many Christians' traditions. I've never been in a church with a Lucifer statue.

Given the many revelations about her own parents, especially regarding the mysterious plane crashes, murders, plus suicides of various people who have been around Bill and Hillary Clinton over the past decades, these sentences from Goethe's Faust may not only apply to Chelsea Clinton, but also to the most mainstream media outlets:

I am the spirit, ever, that denies !
And rightly so: since everything created,
In turn deserves to be annihilated; Better if nothing came to be.
So all that you call Sin, you see,
Destruction, in short, what you’ve meant
By Evil,
Is my true element.

By the way, the US President had said the following about the attacks in Charlottesville, this in stark contrast to the allegations that had been propagated against him and his supposedly "not strong enough statements" in the many Mephistos' mainstream media outlets:

We condemn in the strongest possible term this egregious display of hatred, bigotry and violence on many sides, on many sides.

It is no place [for such] in America. What is vital now is a swift restoration of law and order and the protection of innocent lives. No citizen should ever fear for their safety and security in our society, and no child should ever be afraid to go outside and play or be with their parents, and have a good time.

I just got off the phone with the governor of Virginia, Terry McAuliff, and we agreed that the hate and the division must stop, and must stop right now. We have to come together as Americans with love for our nation and true affection, and really, I say this so strongly, true affection for each other.

Our country is doing very well in so many ways, we have record, just absolute record employment. We have unemployment the lowest in alomst 17 years, we have companies pouring into our country. Foxconn, and car companies, and so many others, they are coming back to our country. We are re-negotiating trade deals to make them great for our country and great for the American worker. We have so many incredible things happening in our country. So when I watch Charlottesville to me it's very, very sad.

I want to salute the great work of the state and local police in Virginia. They are incredible people, law enforcement. Incredible people, and also the national guard, they surely have been working hard and working smart, they have been doing a terrific job. Federal authorities are also providing tremendous support for the governor, he thanked me for that, and we are here to provide whatever other assistance is needed, we are ready, willing, and able.