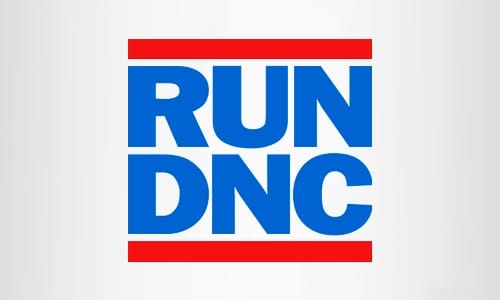 Dark Mode
#Elections   #Fraud   #Corruption   #Clinton
Abook and claim from Donna Brazile, ex DNC interim chairman after Debbie Wasserman-Schulz resigned from her post in July 2016, states she has proof that the DNC favored Hillary Clinton over rival Bernie Sanders from as early on as August 2015. At that time, a contract had been signed between DNC executives and Hillary Clinton, providing her a biased influencing power over the entire organization almost a year before the DNC’s final primary election.

Donna Brazile spoke out on November 2, 2017, stating she has documents that proved Hillary Clinton’s unethical behavior, which she also mentioned would not necessarily involve violation of laws in her own view. But Brazile condemned the moves by Clinton and top DNC members back then:


“If the fight had been fair, one campaign would not have control of the party before the voters had decided which one they wanted to lead,” Brazile said. “This was not a criminal act, but as I saw it, it compromised the party’s integrity.”

What might lead far beyond only compromising the DNC's integrity however are events which occured in the summer of 2016. During last years' peak election dynamics on August 2nd, a process server named Shawn Lucas was found dead in the bathroom of his home in Washington, DC. Lucas, then age 38 and employee of One Source Process, Inc. had been appointed on June 28 - only a few weeks prior to his death - to serve as a legal advisor for a number of Bernie Sanders supporters, and who intended to file a lawsuit already back then against the DNC leadership regarding their alleged favor of Hillary Clinton over opponent Sanders.

The plaintiffs contacted the firm One Source Process, Inc. and which selected Shawn Lucas. He and another representative named Brandon Yoshimura served the DNC and went there on July 2nd, 2016. They both met briefly with DNC employee Rebecca Herries and tried to hand over legal documents regarding their election fraud lawsuit.

A few weeks later, Shawn was found dead in his bathroom. He died of an overdose of fentanyl, a narcotic drug fifty to one hundred times stronger than morphine, and cyclobenzaprin, a muscle relaxation drug. Both opioids cannot be found in relaxation drinks and are highly unusual in that combination. Lucas was practicing martial arts and had been to Jiu-Jitsu trainings in Brazil. And he was proud and glad of having been chosen to serve the DNC, even posting a YouTube video about his new assignment. According to the website of One Source Process:


“Before hired, our process servers receive an extensive background check followed by a training program designed to put each of our employees in the best position to exceed client standards.“

Shawn Lucas parents said the following after they found out about the death of their son: “He was a young man and in good shape ... these are the sort of things that happen, when people in good health suddenly die.“

Donna Brazile doubled-down on her claims only a few months later by the way. On March 29, 2018 she publicly declared despite the many scandals surrounding the Clinton Foundation, the Uranium One deal, and the Clinton-Email-Server revelations that it would be a good idea if Hillary Clinton would continue her engagements in politics. Quote:


“She has invaluable experience about what we should be doing in the 21st century. So, I’m not one of those individuals that believe Hillary Clinton should somehow or another go home and bake cookies. I hope that she stays on the battlefield. I hope every American who believes we can do better in the future will get out there and do as much as possible.“

Another DNC-related murder took place only a few weeks before the death of Shawn Lucas. DNC staffer Seth Rich was shot in the back multiple times on July 10, 2016. Nearly two years later it is revealed that Donna Brazile and Washington D.C. Mayor Muriel Browser have been spotted to coincidentally and allegedly having been in the exact same hospital early in the morning of July 10, 2016 where Seth Rich was taken to, and later died. Both the DC mayor as well as Donna Brazile rejected such claims.