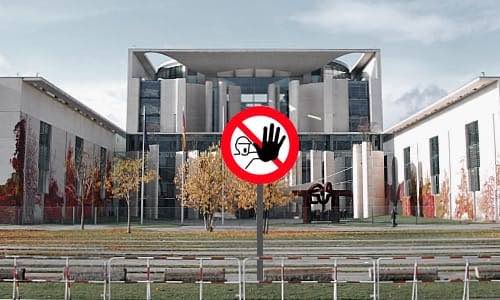 Dark Mode
#Germany   #Hisbollah   #Merkel
Germany's new (and old) Chancellor and her newly appointed Minister of the Interior seemed to have enjoyed their verbal ping-pong match at the end of March 2018. First, Minister Seehofer told the press, that 'the Islam' would not belong to Germany. A few days later, Angela Merkel responded swiftly and announced that she would think more or less completely different. On March 16, 2018, Merkel told the press the following:


“Our land was formed by Christianity and continues so until today. It was formed Jewish. But meanwhile, around four million muslims are living in Germany and practise their religion, and these muslims belong to Germany as well just like their religion belongs to Germany, hence also the islam. We want an islam that complies with the German Constitution [Grundgesetz], that conforms to it, naturally, as I have explained at multiple occasions, and I am convinced that we have to do anything possible to ensure that different religions can coexist. And that's why the islam conference is such an important instrument.“

Since the statements from the Interior Minister and those from Chancellor Merkel contradict each other, both - along with other members of the chancellery - seem to be in need of consultation regarding this matter in order to clear things up. Let's give it a try:

Currently, around five million muslims are living in Germany, most of which have emigrated from Turkey in the past century. They are an integral part of a country that would most likely not be able to function any longer without these citizens. Whether a shop owner of those tasty doeners, a high ranking politician in Berlin, craftsmen or successful lawyers, many muslims are engaged for and in Germany. Their religion is the Islam and which some are practising more, some less, and some not really anymore.

However, aside from requiring true muslims, an honest islam needs many other things like believing in Allah, in Muhammad his prophet, performing multiple prayers per day, fastings, pilgrimages, and of course the Quran - the famous book defining Islam's religious framework.

The Quran (literally meaning: "the recitation") is not there to be read, but to be recitated. Important prayers need to be held in the Arabic language. Since the majority of muslims around the world (some 80%) are not literate in Arabic language, many muslims learn and speak the text passages without initially being able to understand what they truly mean. That is why the Quran schools are so important for islamic life. The Quran as it exists today was last edited by Kalif Uthman and dates back to the year 653 A.D.

Around 99% of the Quran - the overwhelming majority - contains partly beautiful prayers to a wise, merciful, and forgiving one creator-God (Allah). However, there are not a few Surahs which call for all muslims upon the islamization of the entire world and for war and battle. Among these are:


Until today, many muslims believe that the Quran was received by Muhammad through a magical and divine act. Another interpretation however could explain the call for war and battle in a book that dates back to the year 650 AD: Muhammad was not only a prophet but also a successful warrior who lead his armies in the fight against polytheism (many Gods instead of One) in Arabia at that time.

In order to islamize the entire world, other religions have to subordinate or convert. Those who do not want to convert to Islam can be punished with higher taxes and can expect optical discriminations at a minimum. It is important to mention that there were times of moderate interpretations of Islam, leading to the so called "Golden Age" in Spain in the middle ages.

Nevertheless and unquestionable, a very small portion of the Quran justifies terror as a legitimate way in order to spread the religion - a notion that the vast majority of muslims in Germany and all over the world distance themselves from, fortunately. But calls for war and battle remain in the scriptures and could be utilized any time to theologically not only stimulate, but in rare and extreme moments even justify deadly attacks.

Evidently not knowing much about these facts, German government officials had refused to classify the entire Hezbollah as a terror organisation during negotiations with US officials in March of 2018. According to insiders, representatives from Berlin had been the most resistant to such a classification among many EU state officials. The Trump Administration would be biased and would act too much in favor of Israel, so the statements from German government officials. The Germans refused to recognize the political arm of the Hezbollah, active in more than 950 distinct groups worldwide, as a global terror organisation.

Why ? Well, maybe because of the still very intimate bond between Germany's Chancellery and the scandalous ex-US-President Barack Obama, and which both sides seem unwilling to cut.

A few months ago, journalists in the US had unveiled that the Hezbollah was - and possibly still is - engaged in world-wide drug and money laundering activities which have flooded billions of US Dollars into the bank accounts in Lebanon. At the same time, the anti-Israel nuclear deal with Iran - major supporter of Hezbollah - had been a very important issue for the Obama Administration. And this nuclear deal seems to remain being an important issue for the chancellery and government in Berlin as well, considering Germany's exports to Iran in the year 2017 summing up to a whopping 3.5 billion Euros - an increase of around 1 billion compared to the year before.

Keeping all of this in mind, the officials from Berlin should not be surprised if being surveilled and spied upon during their visits of foreign nations because of their direct and/or indirect support of an organisation that is classified a terror group elsewhere.

Could be even more embarrassing.

A Populism from Munich

About mental garbage from the German establishment