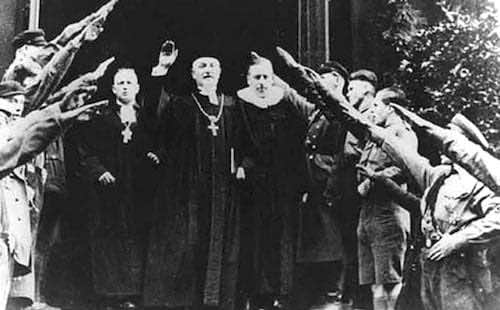 Dark Mode
#Catholic   #Feminism
In the summer of 2016, the Vatican in Rome presented shortly before the World Youth Day in Krakau, Poland, a new sexual education program.

The new program was more or less ignored by the mainstream media, of course. A few press insiders however reported about how a seemingly schizophrenic gap between the church and the ‘world‘ was not tried to be narrowed down, but instead had completely drifted apart now.

It seem as if the creators of the Vatican sexual education program had enjoyed the watching of the movie and decided to convey their satisfaction to the many attendees of the World Youth Day as an appropriate stimulation before the event in Krakau - and in ignoring the fact that there is plenty of pornography available at the fingertips these days, of course.

Instead of responding to the many concerns of Catholic parents and educators, the small but influential minority surrounding Pope Francis insists on a concept that they betitle with “love“ and which - according to their believe - is the solution for all and any immediate and long-term problem. We had previously heard about this concept from the 1968 generation and their often foggy and heavily drugged state of mind, and which has probably reached it’s ill-led climax even in circles at the top of the Vatican now.

In order to understand the motivations of these new fascists in Catholic robes in the Vatican and elsewhere - and which the Catholic world seems to be unable or unwilling to part from - one needs to dive into the theological world.

The beginning of the 68-generation in the communes in Paris, Berlin, and New York had a religious character and had found it’s roots in a so-called “surpressive patriarchy“.

The anti-baby pill - which existed for only a few years back then - portrayed an image in which after thousands of years of a so-called “sexual surpression“, women had been granted a medical a-natural, but - so they claimed - a finally well-earned independence of their sexual desires from human reproduction.

And since then, the women thought they could communicate this in ever increasing forms of revenge towards men.

The beginning 68 revolutionaries utilized a self-drawn image of Jesus Christ, all initiating riots were characterized by it. The image of men were also shaped in a similar way back then. 'In' and 'sexy' had been an always soft, an anything accepting, and a never ending passive-istic and long-haired patchwork image of a Jesus Christ from the Mathew gospel, which had never existed 2000 years ago, and even not until today.

In short, along with the maniacal demarcation of the first feministic 68-women, the once one and only Jesus Christ was cut into two pieces: a feministic castrated, and a real male.

The real male Jesus was not desired any longer since then. Someone who would let himself voluntarily be crucified at the cross, and who would even resurrect after his own death would of course be the greatest obstacle during the ongoing process of the creation of a totalitarian matriarchy. Because such a male Jesus would value something beyond a love towards a woman: the love towards God, and at the same time not living in a remote monastery, secluded from the world.

Such a real male Jesus is the ultimate enemy of any 68-woman until today, Hillary Clinton included.

The result was - in addition to the gradual eradication of all positive masculine characteristics - the beginning of a catastrophic demographic population contraction in all Western societies, and which is the real reason for the more or less unrestricted flows of mass migration towards most western countries today: as a compensation for the devastating ever declining birth rates, which threaten the labor markets of the mostly rich countries in particular.

The above described sexual education program from the Vatican must be seen in this light as well, and which intends to prepare especially young male adults to such circumstances. The above described protagonist with the name Neil in the movie ‘To the Wonders‘ is at least quite busy, it seems.

Since some elites in the Vatican enjoy utilizing movies to underline their agenda, their new sexual education program could be summarized with a conversation from the following movie excerpt: